Caramelized white chocolate is the new wonder in my baking world, and these creamy custards are the new dessert you were waiting for! Rich and unctuous, they have a unique flavor and can be made ahead. 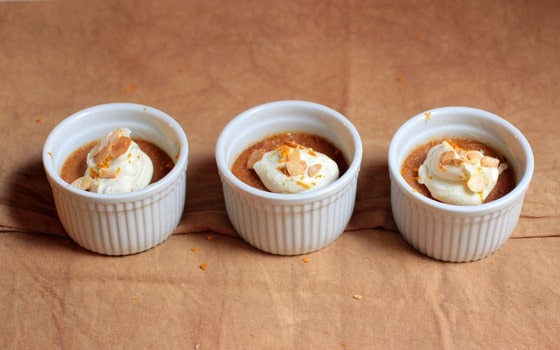 In time everything becomes clear. One way or the other. In this case, I believe it's in the most decadent way. I think white chocolate was invented so that, one day, we could have salted caramelized white chocolate to fill our days. Emphasis on
the salted aspect of it.

I finally succumbed to its charms. And there's no going back.

After I made it for the first time, I spend the next day and a half simply thinking about it, writing down all the things I wanted to do with it. And also opening the jar, spoon in hand, and slowly eating the whole thing, a few tablespoons each day. I don't remember being blown away in this way by a flavor in years. 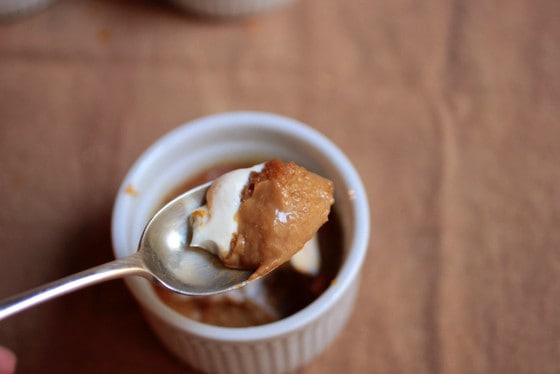 When a whisper becomes as soft as a thunder there's no questioning it, you need to go to work.

When a hint becomes obvious and you stumble with it one time after another in the course of a few days, it's probably time to do something about it.

It started with Kate leaving me a comment in the dulce de leche mille feuille post about it. A few days later Liz posted some incredible cupcakes with it and by now it was more than a thought. Then I opened Emma's post about eclairs glazed with it; the time had come. I had to go into the kitchen and make a big batch of caramelized white chocolate. With salt. A very big one.

I am repeating myself, I know. 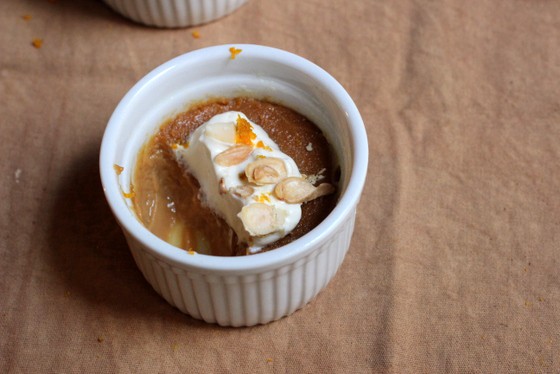 But, you see, there's no middle ground when it comes to salted caramelized white chocolate. It's addictive. So, so addictive I quite frankly don't know what to tell you about it because words are not enough. You have to taste it. You really, really, really, really do.

I had saved Dave Lebovitz's original post about it a few years ago and then forgot about it. It turns out that the masterminds at Valrhona, the extraordinary chocolate company, developed this way of baking white chocolate at low heat for quite a while, stirring it periodically, until it turned into a golden semi-liquid unctuous thing.

They now sell it as a chocolate bar from what I heard. 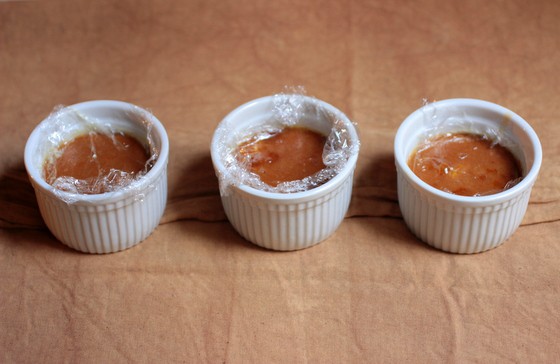 White chocolate - you can buy the caramelized chocolate from Valrhona, Dulcey, which I also used for the white chocolate almond cookies. I simply love it.

I use it as regular white chocolate whenever I can. It wipes that extra step of caramelizing the chocolate on your own. 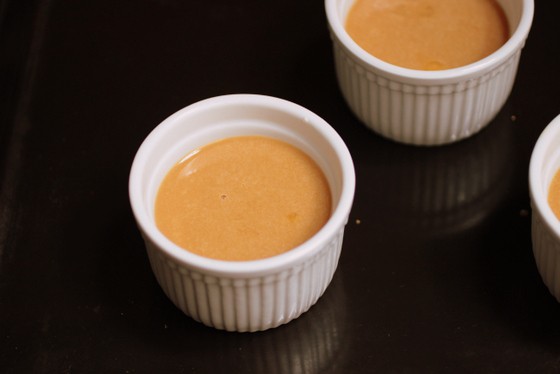 When I first tasted it, while still warm, the feel in my mouth felt like Nutella. Coarse and almost cloying, but that for some inexplicable reason I couldn't stop eating.

It hardens as the days go by, becoming completely solid in a day or two. But it melts in a minute in the microwave or hot water. So keep it in a glass jar that can be heated.

Just don't taste it right out of the oven. It's hot, very hot and you'll burn your tongue. Just saying. 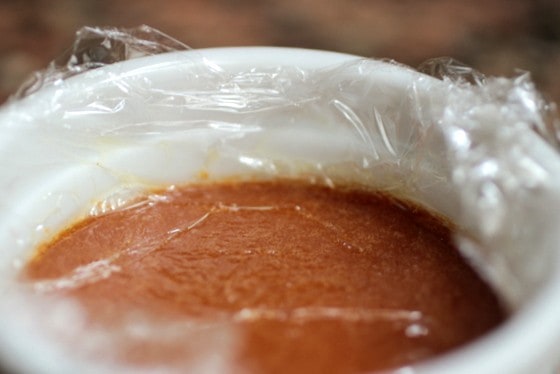 These custards are very creamy but not dense. The whipped cream flavored with amaretto and sprinkled with orange zest is an amazing combination, one that wasn't planned but will be used in the future again. 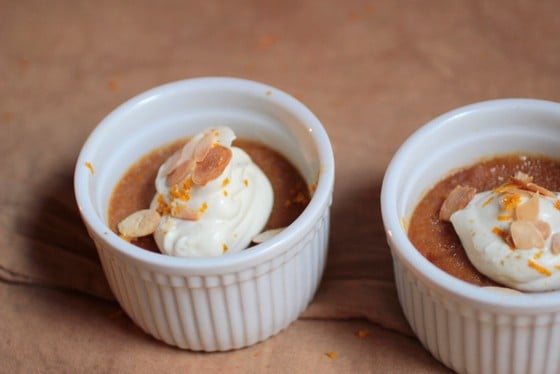 If you like the recipes in this blog, consider subscribing (see the box below this post) and getting all new posts by email.

Caramelized white chocolate is the new wonder of my baking world, and these creamy custards are the new dessert you were waiting for!

For the flavored cream:

For the flavored cream:

Liquor: change the flavor of the cream and use your favorite fruity liquor.

White chocolate: instead of caramelizing the chocolate,  I like to use the caramelized one from Valrhona, Dulcey. I simply love it.