Me and cherries, we've had a torrid love affair for decades, a very unbalanced one I might add.
On my part I keep my end of the bargain and consistently put them way up there in the fruit love list, rush to buy them whenever they make an appearance and never ever look at the price.
The problem is right there, in the sentence before. They make an appearance sporadically, for a short few months, if that.
Quite unbalanced relationship as I was saying.
Still, when I saw a sweet cherry crumble for two among the list of dessert recipes in Melissa’s blog, Brooklyn Locavore - which implies the use of locally grown ingredients and a very conscientious way of eating, something I find very inspiring -  my feelings for those little red darlings rushed to the surface, untouched by the long absence. It’s my first post with the Secret Recipe Club, and I think it well deserves a bowl of sweet cherries. 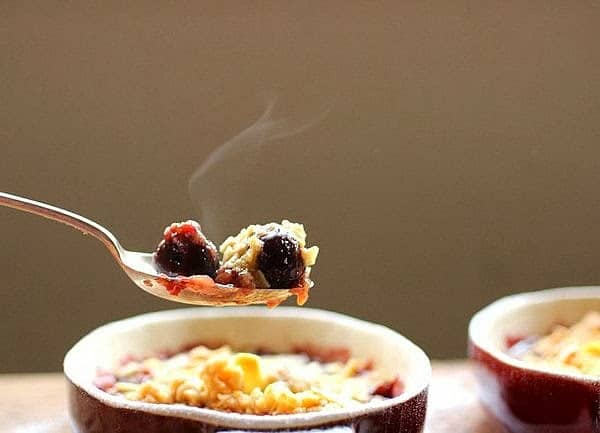 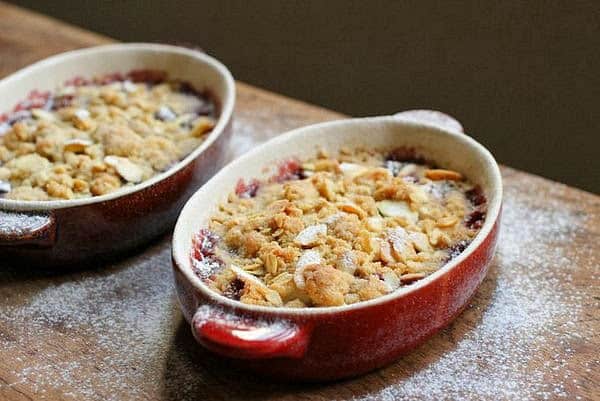 Last summer I froze some perfectly ripe ones, ready to make my winter less wintery, along with raspberries and blackberries. They have already appeared in the berry ricotta squares, the stellar blackberry cheesecake ice cream and the cherry caipiroska.

Now, aren’t crumbles one of the best desserts ever? They take little time to prepare, almost any fruit can be used, no need for baking or knife skills, rustic is what we should aim for, and are meant to be eaten directly from the pan. Perfection really. 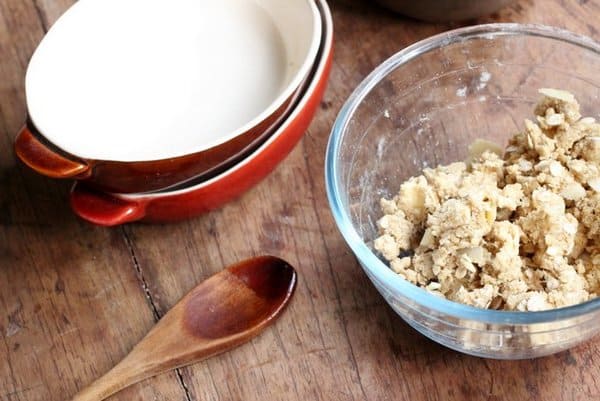 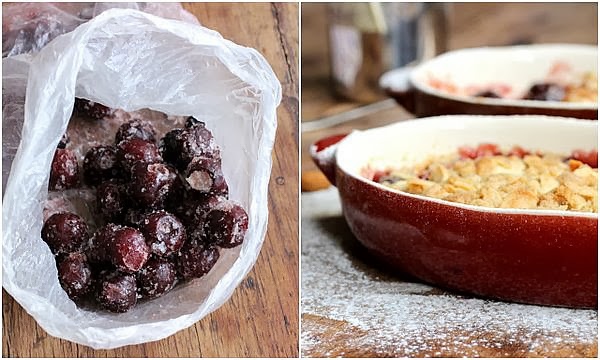 The winter days have been quite disobedient this season thowing spring temperatures every other week. You put on the gloves and extra blanket, you take off the gloves and extra blanket, you long for a hot chocolate the day after sipping strawberry caipirinhas outside, you find sweet fantastic strawberries in the market while making a lentil chorizo stew at home. You get the idea.

How about a bubbly cherry crumble with almonds and oats on top? A generous one too, these ramekins turned out to hold a more than decent portion for one, but who's counting if we're eating cherries. 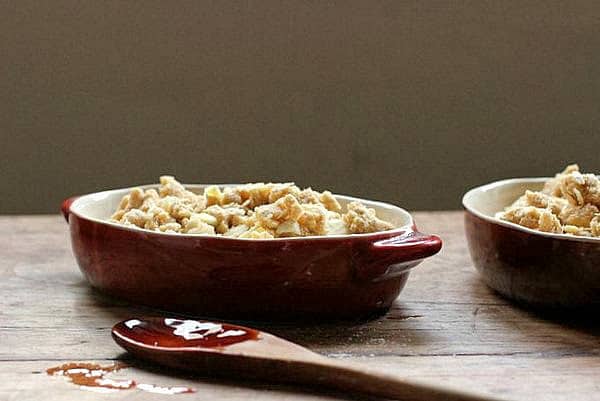 So my first tought was to make a gluten free crumble with cherries.

Like any type of diet or cooking technique it’s not hard once you understand what works and what ingredients are available. It turns out that the amount of different gluten free flours available is mind blowing. I had made a similar one a month ago, with pears and chocolate, for a crowd. Besides the fact that eveyone thought there were apples in the filling and I was expecting some plates to be graciously abandoned while nobody was watching when they heard about pears, this was a huge hit. The topping especially. Who knew.
Then I realized I had used oats, which is not gluten free. Or is it? From what I heard throughthe years, it’s not the oats themselves, but the cross contamination, the fact that some wheat will inevitably end up mixed with them. So that’s that. 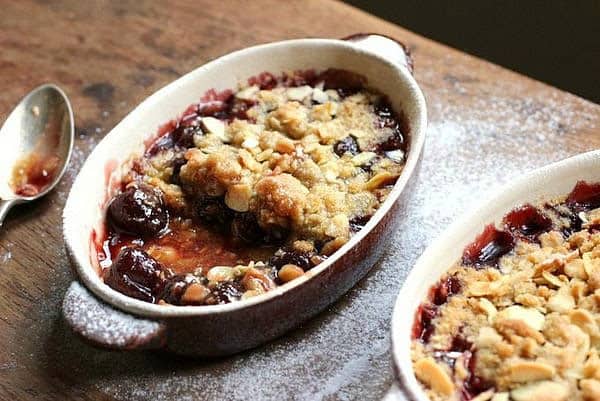 But if you still want to make it gluten free, simply use some almond flour instead of the oats, or coarsely ground almonds work too.

Either way this is a great dessert whether you eat it in the winter or spring. Or summer, or fall.
. 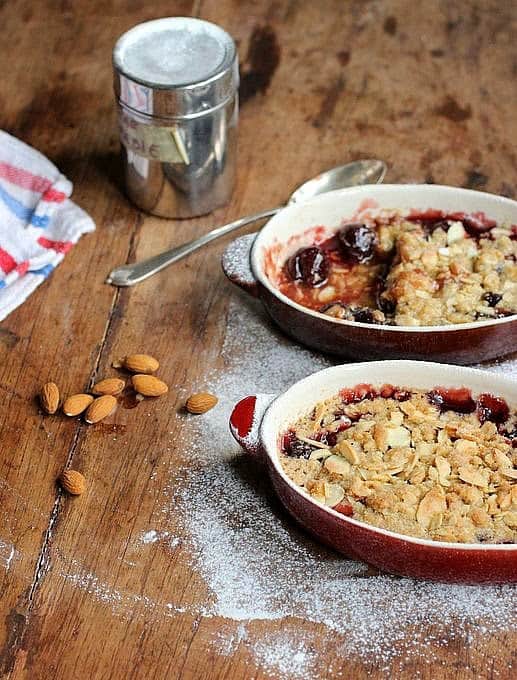 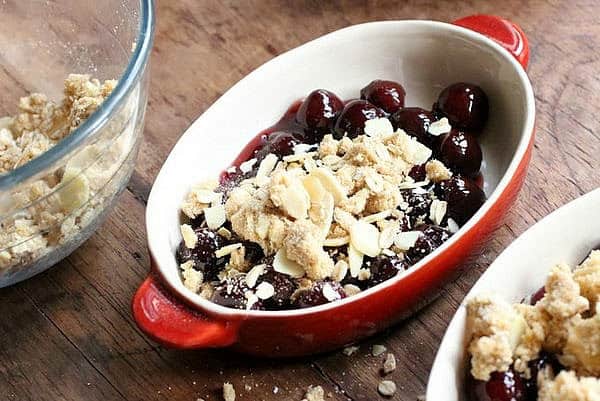 HEY! It's so great to meet you here. I bake. A LOT. When it comes to recipes, I'm your designated baking nerd that investigates until she finds the best ones to share with you. I believe we can all be bakers and cooks with the right instructions and simple ingredients. A baker for more than 30 years, I'm mostly self-taught with some time spent in baking school. If you're craving easy recipes with amazing results, you're in the right place. Let's get into the kitchen!
100shares 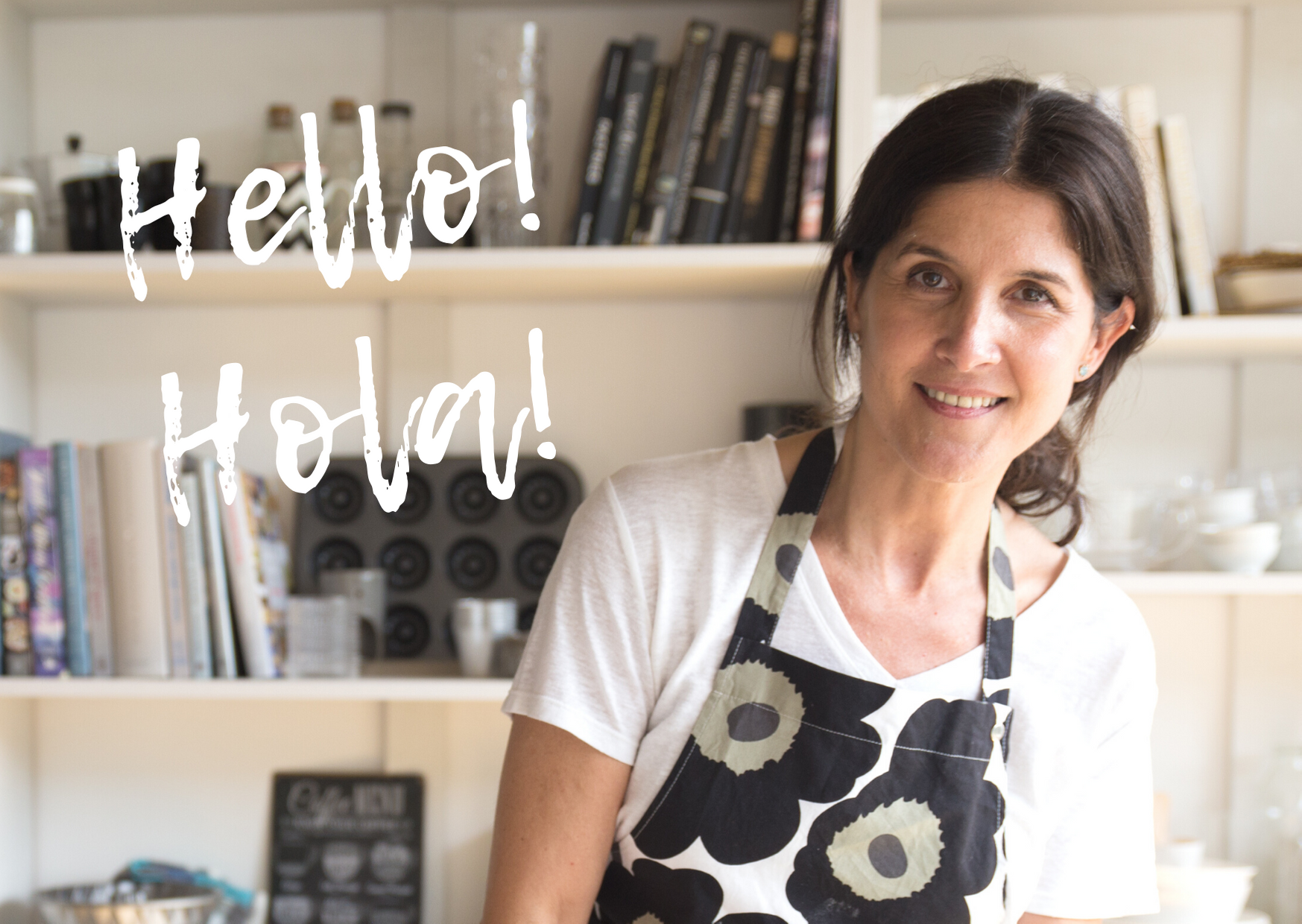 It's so great to meet you here.
My name is Paula, and I bake. A LOT.
I'm your designated baking nerd that investigates until she finds the best recipe to share with you.
I believe we can all be bakers and cooks with the right instructions and simple ingredients. A baker for more than 30 years, I mostly self-taught with some time spent in baking school.
If you're craving easy recipes with AMAZING RESULTS, you're in the right place. Let's get into the kitchen!
More about me...