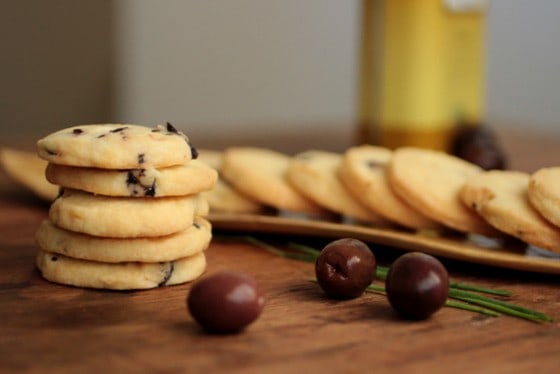 With big names like the one in the title, come even bigger expectations. I don't expect anything less than a unbelievably good olive sablé recipe from the pastry master. In my opinion, this crumbly, sweet and salty sables are ridiculously good. The texture alone will put Proust's madeleine to shame.
But that's me. I have a feeling the opinions will be divided like the red sea. 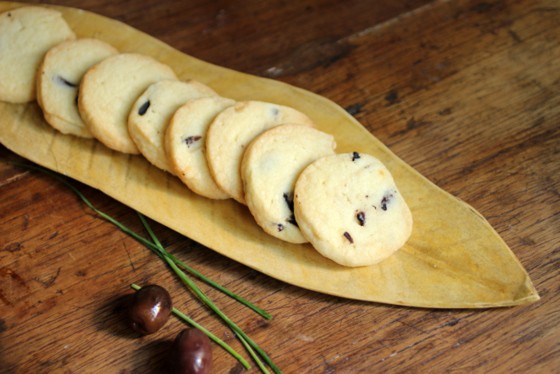 Today's baking recipe for our French Fridays with Dorie group is, obviously olive sablés, the french take on shortbread, and in this case, tweaked to incorporate olive oil, black olives, corn or potato starch and hard-boiled egg yolk. Yes. Already boiled. And grated.
It needs a few hours in the fridge to harden up and cut, so they can be made a few days in advance or frozen. Just thaw in the fridge. 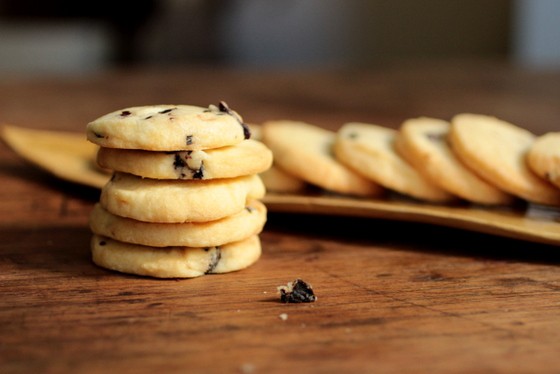 This recipe stands out because of the ingredients not the technique. I made it in one bowl with a wooden spoon, like I always mix shortbread. It calls for a stand mixer, but just like the mocha chocolate apricot cookies, there was a fat chance of that happening. Hey, I'm the one washing up after.
And this time I only changed the potato starch for cornstarch. I had a lot at home and didn't want to venture into the store where all the flours, nuts and other goodies are sold because I kinda put myself on a diet.
It was getting a bit out of hand. I would go to get one single ingredient, like the potato starch, and come out with a 5 pound bag of numerous things that I just had to have. So no health food store for at least another week. 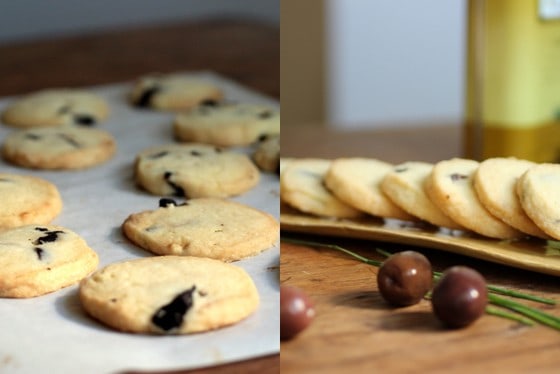 I think it probably didn't change the texture much. And really, I will make them again with cornstarch, since they came out so, so, so, so, so good.
The truth is I can easily do without the olives. Not because I don't like how they taste in it, but because what I liked the most is the cookie mixture itself.
I will make this a million times more, I know it. And things like citrus zests or toasted walnuts or sesame seeds will be added for sure. I have so many ideas in my mind already.
Just like it happened with the Ispahan cake, with almonds and raspberries. There are so many good way to substitute flavors.
You can find Dorie's recipe from Around my French Table here. 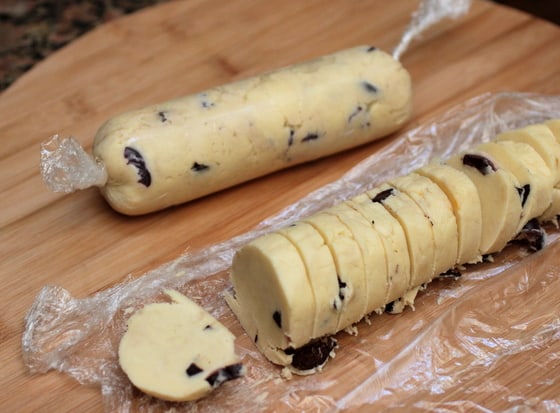