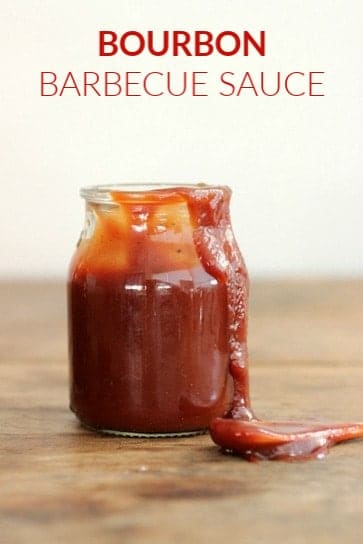 My quest for a favorite barbecue sauce ended when I tried it with bourbon. So good you guys! Two recipes that are amazing, different and so easy to make you wouldn't believe it! 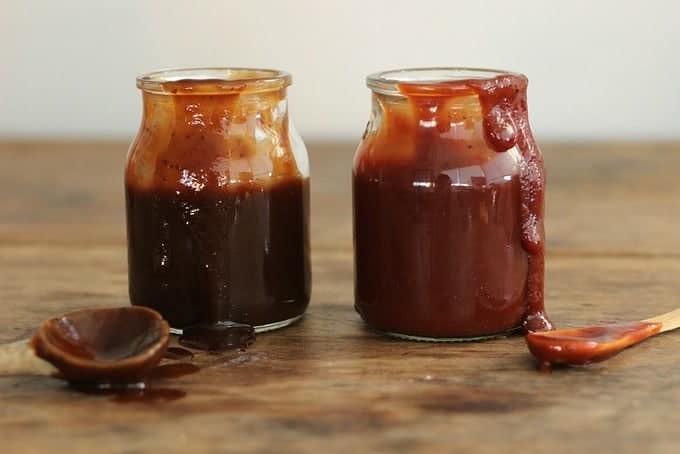 I tend to fix on a recipe and just won't let go.

Sometimes it’s an old recipe I made years decades ago, that I just need to make again. That’s how I ended up making two bourbon barbecue sauces out of nowhere (or made this maple walnut pound cake after a million years for that matter), or because when I started looking for the original recipe in my old bon appetit magazines, I found a new version online, and just couldn’t help but make them both. Lucky you. 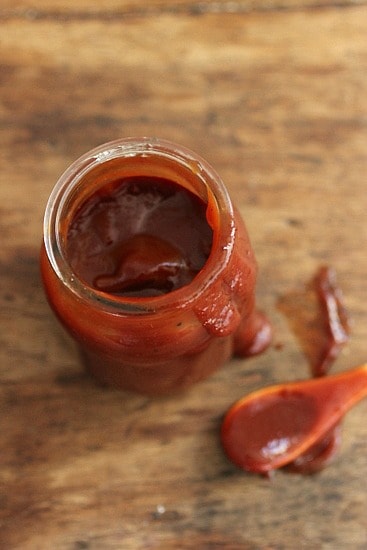 It originated in the United States, as we all know, in the South from what I read.
The truth is that there are a million recipes and a whole lot are great ones. It all comes down to personal taste as to what goes into it in addition to the usual suspects, ingredients such as ketchup, onion, sugar or another sweetener, something spicy and such. 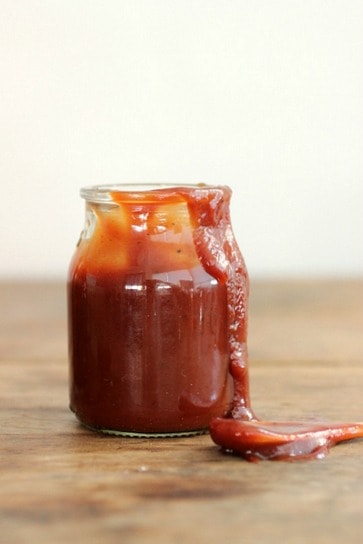 My favorite is with bourbon, which lends a sweet but smoky aftertaste that is amazing.

The original recipe is the one in the picture above, redder, with a more defined tomato flavor, an onion and vinegar aftertaste and the amount of hotness you like, since it's the added tabasco which gives it that extra kick -  I suggest you start with a teaspoon and see how it goes, since adding too much makes it hard to water down afterward, something I learned the hard way.

It has a more traditional flavor, more old-fashioned. 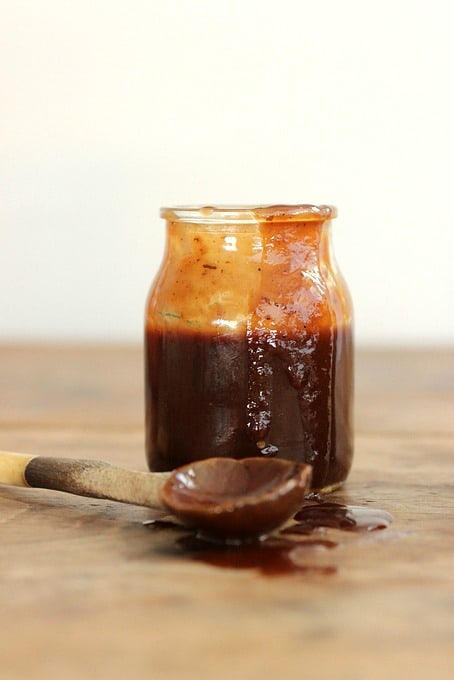 The newer version, pictured above, of my loved bourbon barbecue sauce, is more sophisticated, with liquid smoke, soy sauce, and a few other ingredients. Its texture is more liquid and has a smoky aftertaste, a more adult version of what I always thought as barbecue sauce. 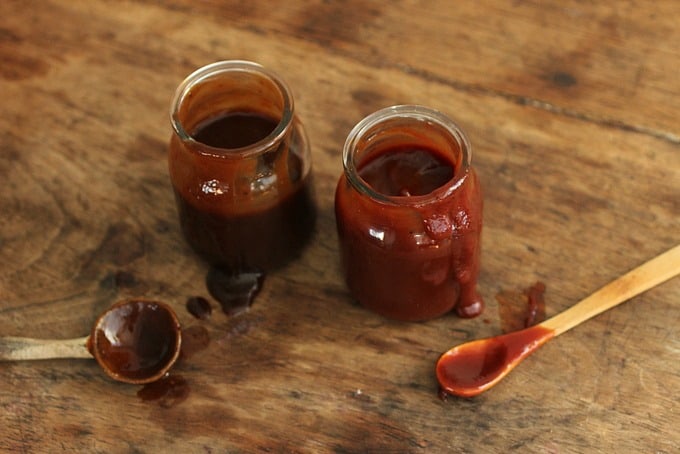 Both are amazingly easy to make, nothing more than cooking the ingredients in a saucepan, stirring often to avoid burning the bottom, and then refrigerate it before using. Really easy and so worth making at home. Grilling season is ending somewhere but will start soon somewhere else.

And a bourbon barbecue sauce is always a good idea to have in the fridge. You never know when the burger pang strikes.

Which one do I choose? The darker one, with liquid smoke. For now at least. 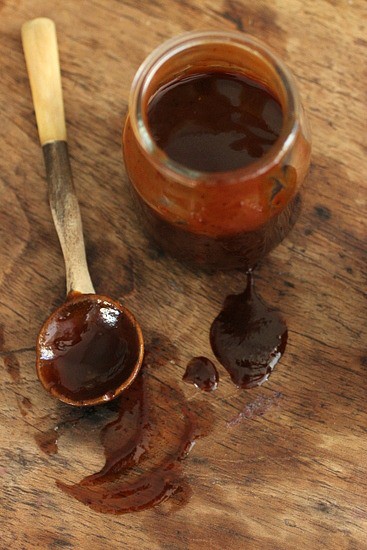 My quest for a favorite barbecue sauce ended when I tried it with bourbon. So good you guys! Two recipes that are amazing, different and so easy to make you wouldn't believe it!

For the red one (right on top picture):

For the brown one (left on top picture):