Jump to Recipe
8shares
Chicken Maryland, with cream of corn and fried bananas, was pretty popular when I was growing up. 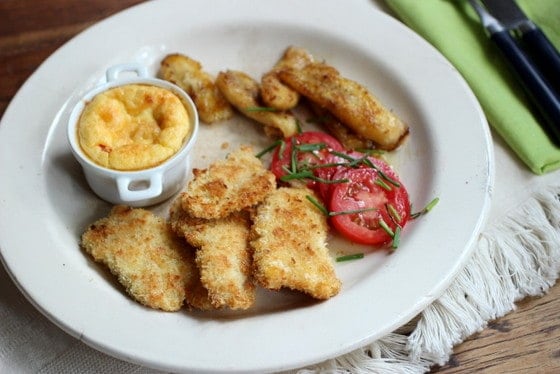 It's no doubt a retro recipe in every way, from the deep frying to the combination of flavors. I liked it and so did my older brother. So for us it was a treat. I suspect because we never ate it at home.
This was one of the most common dishes in restaurants when I was growing up, when there was not much middle ground, it was either the very fancy, expensive, sophisticated cuisine place or the neighborhood restaurant, full of loud kids and smelling of frying oil, tomato sauce and barbecue. I rarely went to the former, my parents not fond of eating out nor particularly foodie types. 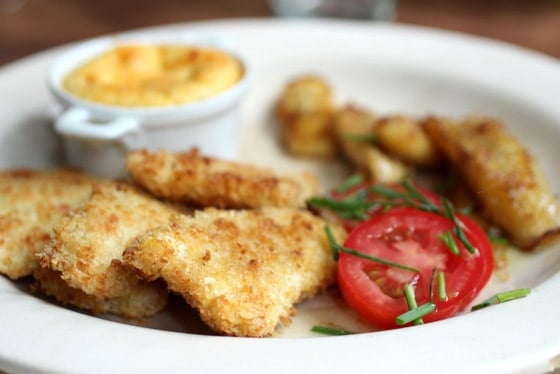 Retro Food is the theme of today's Sunday Supper table. After baking from our bucket lists and then celebrating a birthday, so far the year with this group is turning up to be a feast for me, since I am loving the recipes I'm making.
The idea of making chicken maryland for this blog would never have happened otherwise. Why?
It's a fried chicken milanesa (breaded fried breast) with creamed corn, fried bananas and a piece of roasted red pepper. Sometimes a thin slice of ham came on top of the chicken and below the 'decorative' red pepper. Not a leaf of any kind in sight. Amazing how people survived in those years. And I bet they were healthier than us in many ways. 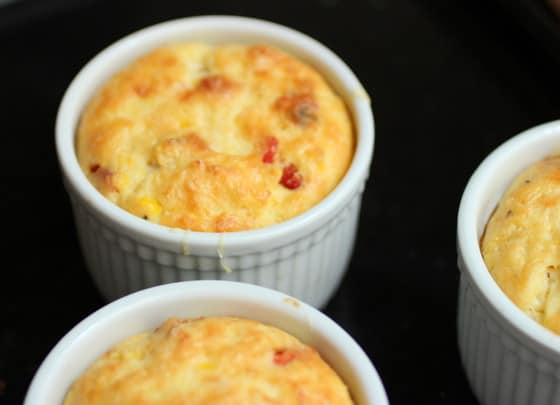 Anyway, I did a couple of modern twists to the whole thing, while retaining its essence.
The addition of a sliced tomato was the inevitable thing to happen after plating all those monochromatic ingredients. I couldn't possibly eat that without something fresh to balance it a bit.
My mother had come to lunch and she even suggested going across the street to the supermarket and buying some parsley so I could liven it up for the picture; finally I found some chives and sprinkled them on top.
This Chicken Maryland 2013 consists of a corn and roasted red pepper pudding, baked chicken breast fingers coated in panko crumbs and bananas sautéed in a little butter. And a tomato. 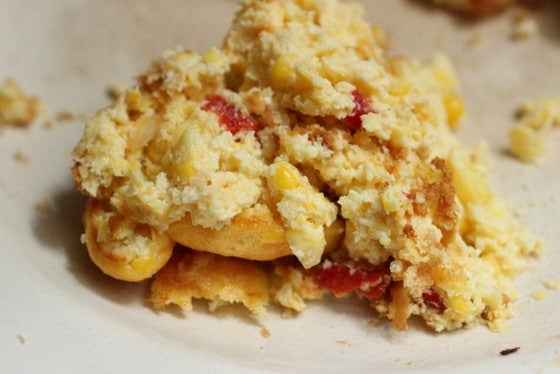 Let me tell you the pudding is great on its own, with some ricotta, parmesan and roasted peppers that I charred myself. The blackening of red peppers is a fun thing to do, you get to put it directly over the flame and play around with it until it's all charred and soft. You get to play with fire, when was the last time you were allowed to do that? 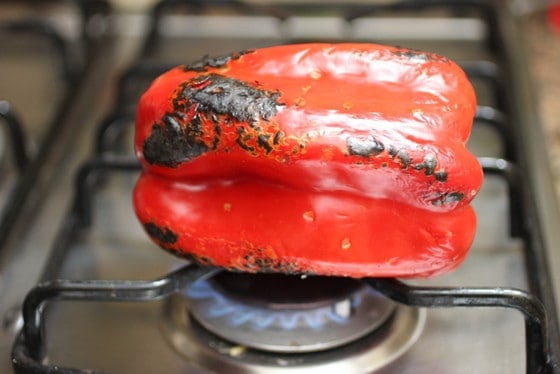 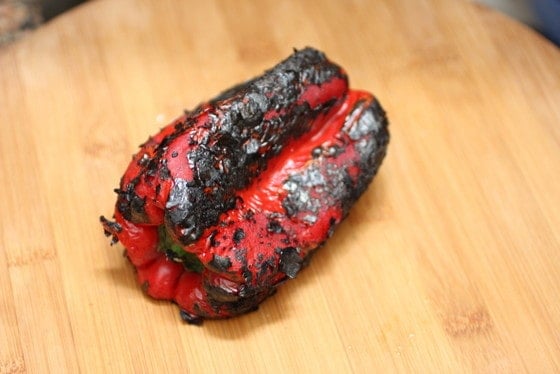 I used medium custard cups and a small one that would go well in the plate.But the best way to make this is as a big pudding and serve it by spoonfuls family-style. Made in small cups it looses a lot of that creamy consistency. 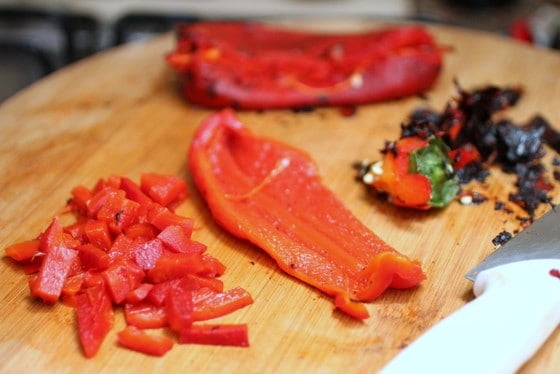 The chicken fingers are easy to make and there's nothing like panko to achieve the maximum crunchiness. I dip them in egg and water, then in panko, and do it twice. Then the tiniest drops of olive oil and into the oven they go. 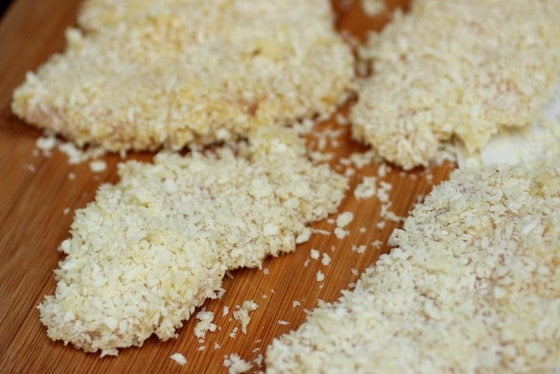 The banana was sliced and sautéed in some butter, because there's no healthy way to do that. It must be done at the last possible minute because they soften up quickly. By the time I started taking pictures they were getting uglier by the second. 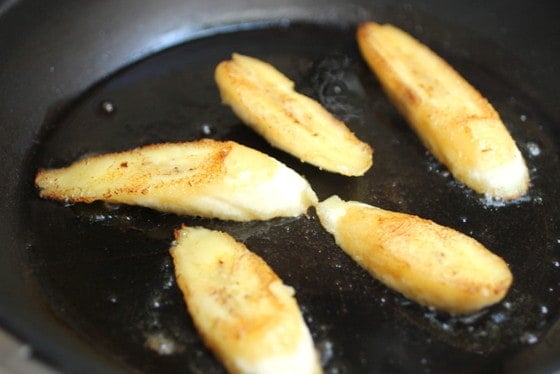 Finally we sat down to eat, a weird dish for today's way of eating, especially the way I eat. The tomato was a perfect addition and almost necessary. But once I had my fork with some chicken, a piece of banana, tomato and some corn pudding on top, it was very good. Not greasy at all and a flavor that I had forgotten about.

Especially the banana.
The corn pudding was the best part, and qualified as a meal on it's own. Coming out of the oven it looks puffed like a half risen soufflé. You have to take it out while it still barely jiggles, so the center is soft but cooked and creamy. And you can add anything to it, even ham, cooked chicken, other veggies.
Print
Scale

For the corn pudding:

For the corn pudding:

I'm Paula, a baker for more than 30 years and your designated recipe finder, sharing the best ones on this blog, with simple ingredients + easy-to-follow instructions.
Previous Post: « Orange Chocolate Marble Bundt Cake
Next Post: Caramelized Apple Upside Down Bread Pudding »