This is the rice pudding recipe I grew up with and it's still the best! Creamy, sweet and with a hint of citrus, it is easy to make and keeps well refrigerated for several days. I love it very cold with lots of ground cinnamon. Or with a spoonful of dulce de leche. 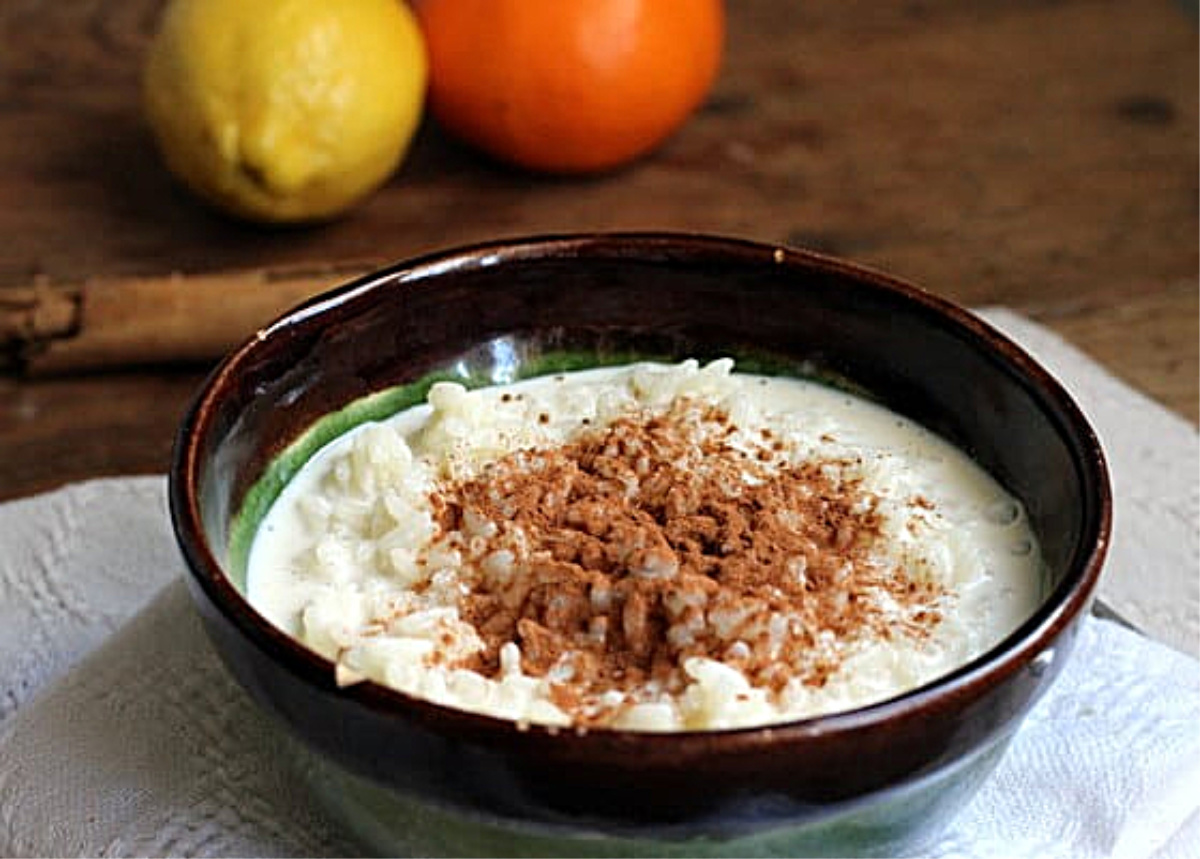 This is comfort food at its best.

A subject that can only evoke good memories.

This is the rice pudding my grandmother, mother and everyone around me made when I was a kid. It was my favorite dessert - maybe still is - and I love to eat it very cold and with ground cinnamon on top. Today it tasted just as good.

What is rice pudding?

It's a cooked dessert that has rice, milk, and sugar as its main ingredients.

By now, there are a million and one different recipes, from countries around the world.

This recipe is a creamy stovetop pudding that comes together easily. 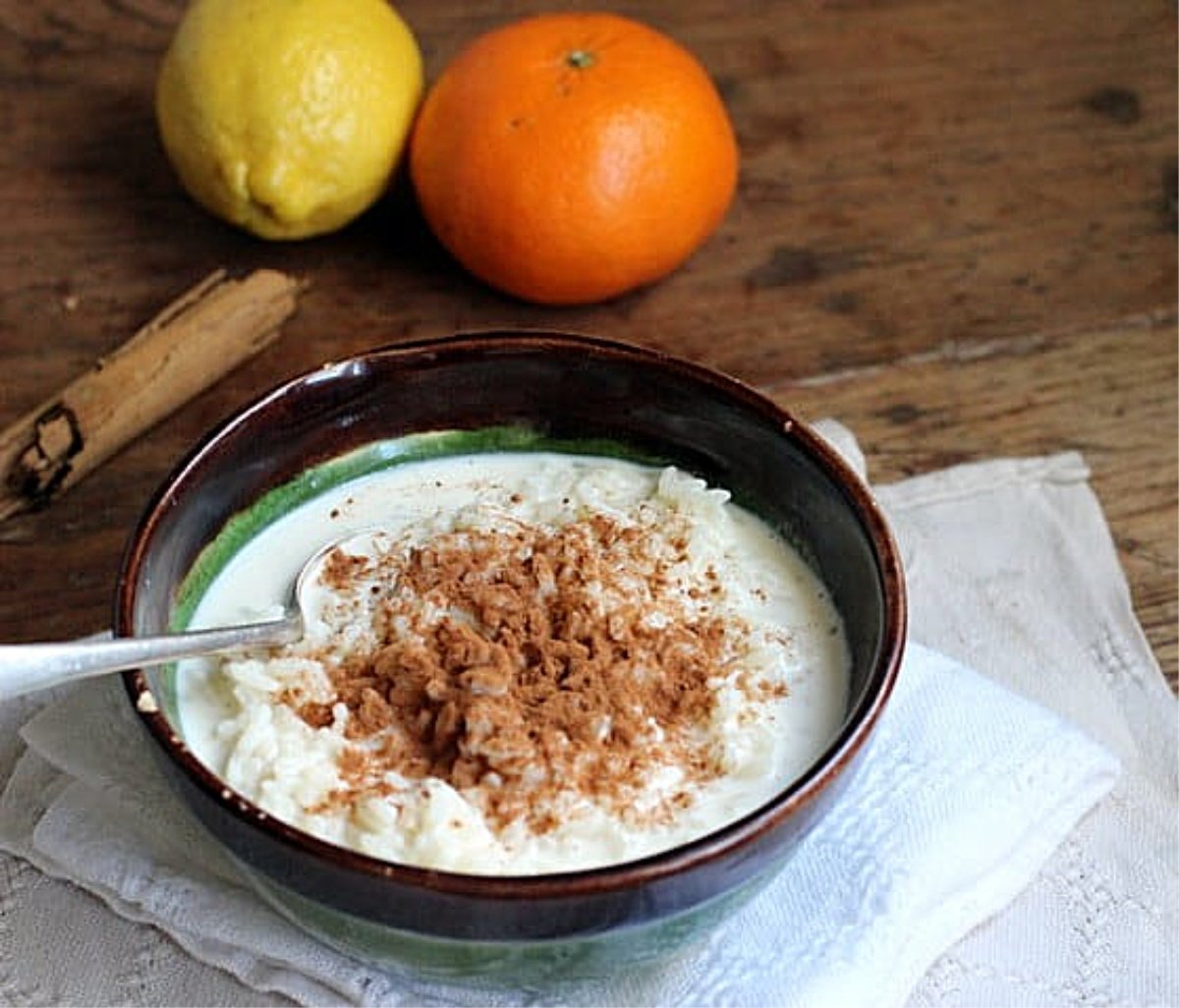 What this rice pudding recipe does not have are egg yolks. The texture is probably less sticky.

Half the milk is cooked with the sugar and the other half with the rice and flavorings. They are then mixed and when the rice is done, a dash of cream is added. Even without the cream, it is a rich dessert.

Cinnamon - I'm absolutely partial to cinnamon for this dessert, not only while cooking it but also when served. You can change or add to it, maybe a few gratings of nutmeg, or cardamom pods?

Citrus - I infuse the milk with some citrus peel. Today I used a piece of lemon and a strip of tangerine. You can use orange or lime, or a mix of all. 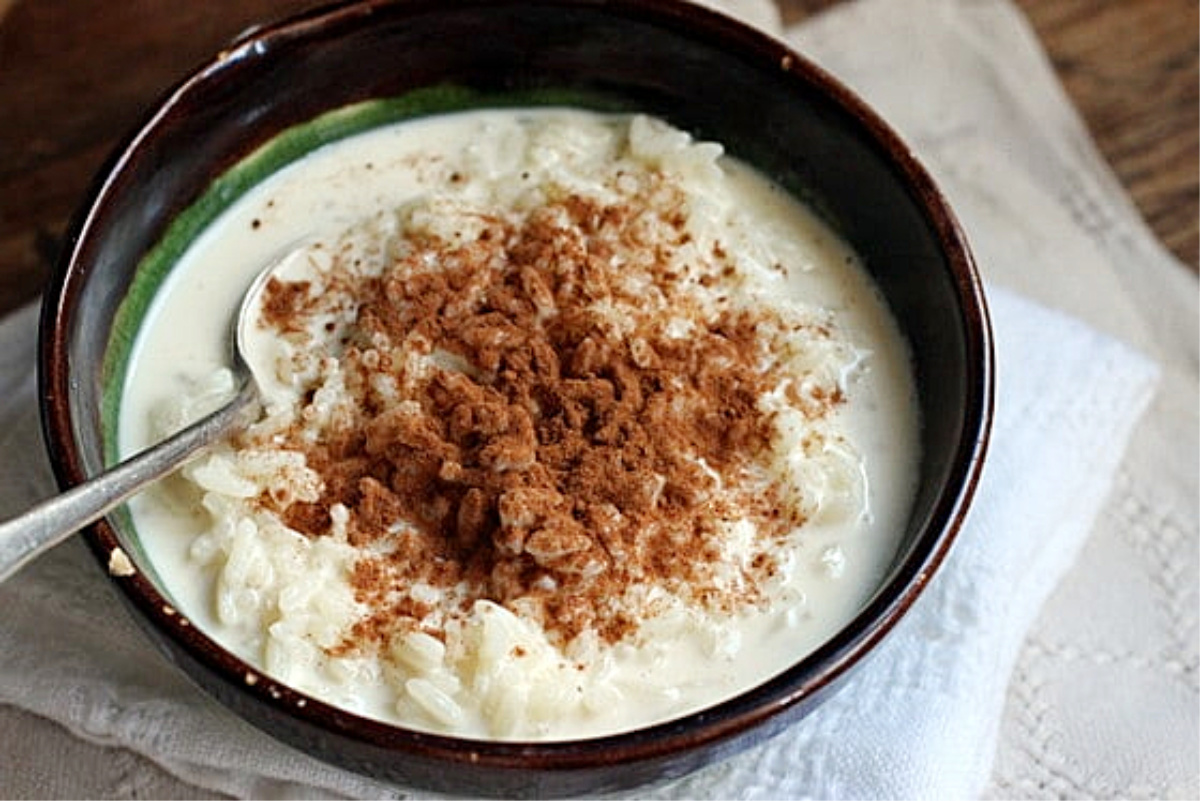 One of my favorite recipes from childhood, this is a stovetop pudding that comes together easily and lasts for several days.

Use a different citrus to infuse the milk or even spices, such as cardamom pods, cinnamon sticks or vanilla beans.

Serving: serve it cold with ground cinnamon on top, or with a dollop of dulce de leche for a stunning dessert.

I'm Paula, a baker for more than 30 years and your designated recipe finder, sharing the best ones on this blog, with simple ingredients + easy-to-follow instructions.
Previous Post: « Chorizo and Mozzarella Danish Braid
Next Post: Dulce de Leche Ice Cream with Chocolate Shavings - a guest post at Cookistry »