I had been intrigued by this combination and it turned out much better than I expected! A layer of cookie crust, another of caramel and topped by chocolate. Super easy and extremely delicious! 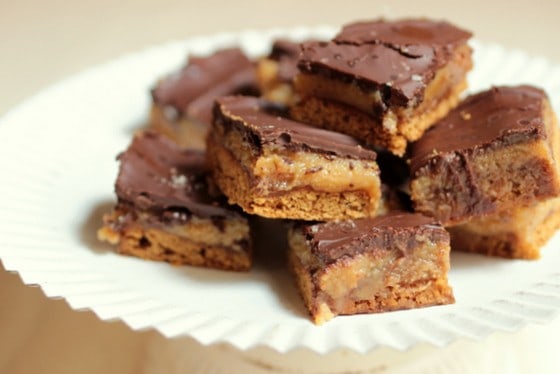 It's the beginning of another month. March is giving us a feel of what the fall will be like. Last week the weather changed, and though we'll still have ridiculously hot days because the seasons have changed for good and they throw completely unrelated temperatures at us whenever they want, the trees, plants, and flowers are changing and so has the sun. So that means a different season has started. And I'm loving it.

Here in Buenos Aires, the month of March is for many, including myself, the beginning of the year.
The school year is from March to December, and summer vacations are usually January and February, so by the beginning of March, everyone is back to their usual routines. 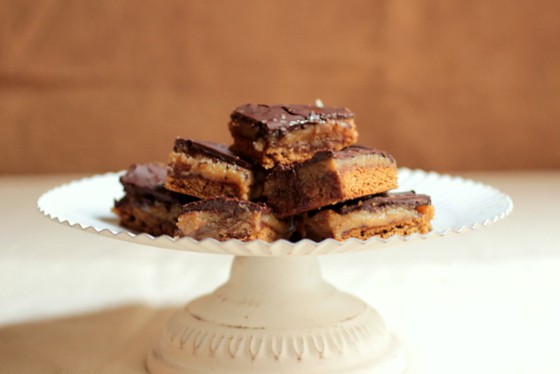 Me, I'm completely out of sync. After working non-stop for three+ years at the Cafe, I'm simply catching up. With just about everything from myself, to friends, hobbies, and family. I don't mind that I didn't have any vacations in the traditional sense of going somewhere beachy or the like. It was enough that I could do.whatever.I.wanted.to for days and days.

It was the best vacation, for my body and my mind. I had a few bouts of guilt, but nothing major really. Why is it that most of us always feel we have to fill every hour of the day with something? 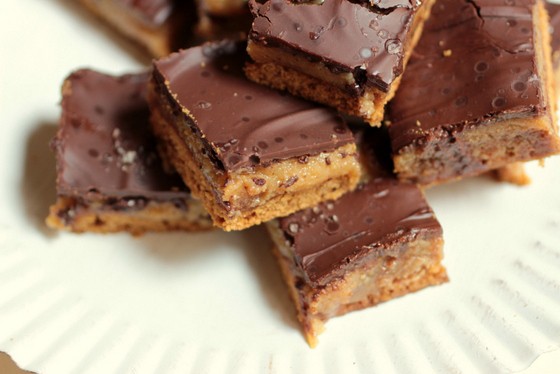 Anyway, extra time also means thinking about what I want for my blog. For starters posts like the homemade graham crackers can happen since I have the time now.

Another thing I'm doing is managing my blogging groups better, which translates into posting when I really like the recipe, whether it's because I want to eat it or because I like to try it and see what happens, and thinking more about what I write.

It had gotten to a point where I participated in so many group posts that it stopped being fun. I know groups are not mandatory in a literal way, but what's the point being part of one if you don't post frequently or end up writing without any interest just because the post has to be up tomorrow. 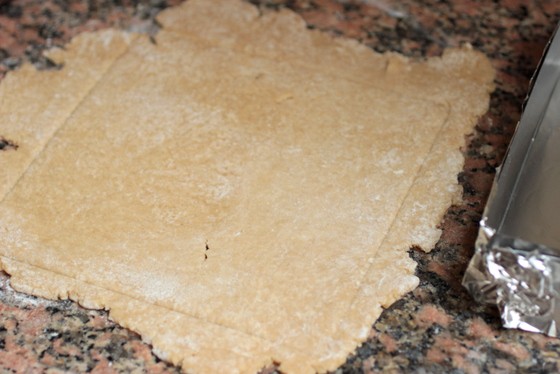 All in all, it means that I'm not only getting my life back but also that I feel I'm creating a blog that comes more from my heart. And my heart sometimes is more superficial, other times more thoughtful or even boring, but it's me in every post.

Today we have our usual first-Monday-of-every month Chocolate Party!

This month is about chocolate + caramel, which is one of those combinations of flavors that I don't know where to begin.

Because caramel is good with every single type of chocolate. So, at the risk of being a bore, I made some wonderfully gooey millionaire's bars with salted caramel and a graham cracker crust instead of the usual shortbread.

I had already made dulce de leche brownies, halloween ghosts, chocolate wafer cake, a chocolate mousse cake with caramel ice cream, and a dulce de leche ice cream with chocolate shavings. So I believe the chocolate/caramel or dulce de leche category is pretty covered at the moment.
If you want to join us every month, or even sporadically, the details are after the recipe. 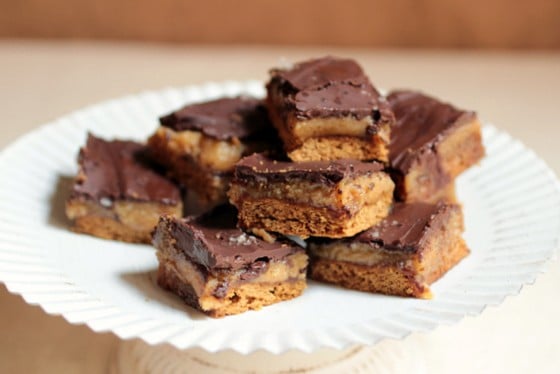 It turned out like a candy bar. And the graham cracker crust reminded me of milk chocolate with cookies inside that is sold here. Since this is my first time making salted caramel millionaire's bars, I'm quite excited about them. The crust is less buttery than shortbread, and the graham cracker crust has such a unique flavor, I might use it in many other bars. We'll see about that.

For now, I leave you with a layer of graham crackers, a layer of salted caramel made with condensed milk, and a layer of dark chocolate. I sprinkled some Maldon salt on top which looks weird in the pictures but adds a great bite to these dessert candy bars.
It's no wonder they are so popular, they are quite amazing. And they freeze beautifully.
Print

For the chocolate topping:

Use dulce de leche instead of making the caramel if you want a super fast version of this recipe.

Adapted from Nancy Silverton and bbc.com.uk