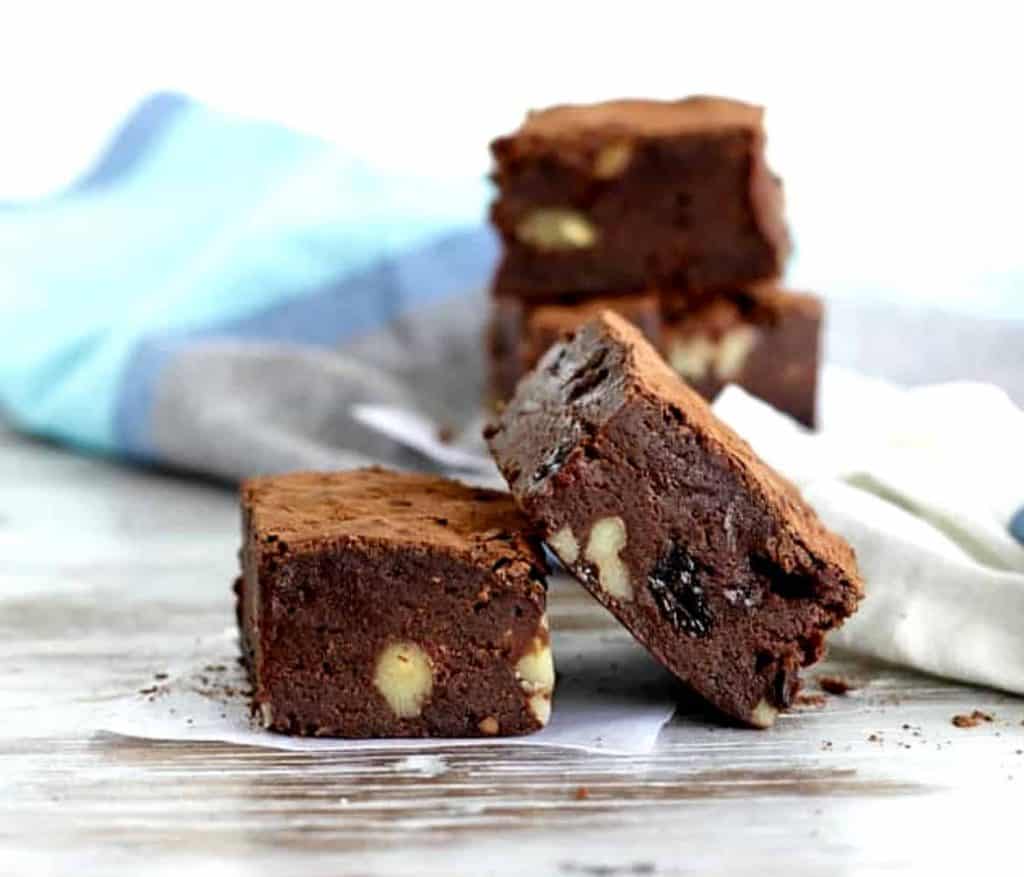 These whiskey raisin walnut brownies are my favorite adult brownies ever. Not only are they full of chocolate flavor, but the bourbon-soaked raisins add a wonderfully sweet and chewy quality to each bite.

It wasn't always the case.

They remind me of a chocolate bar, with lilac wrap and a cow, very British, that I used to hate when I was young. I thought raisins and chocolate were a bad, bad idea. I truly didn't get why they were selling it. Who on earth would buy it?

I guess the years made me wiser and there came a time when I wanted to hide these brownies with raisins and not share them. In case someone else's palate had changed too.

Truth is, they have their ardent fans, but raisins are still a big deal for many. Beats me.

Not the whiskey, mind you, haha.

Especially when they taste the fantastic Chocolate Whisky Bundt Cake, so good I have traded it instead of paying for the repair of my air conditioner once. True story.

As most bakers at some point or another, I set out to find the best brownie ever. That was many years ago, I had piled up plenty of books (this was before food blogging started) and I made them all, everybody's best, best-ever, definite, outrageous.

For a long time, I declared Nancy Silverton's traditional brownies the best of them all. They still hold a place high up in my brownie ladder.

My current project is to bake brownies with added ingredients, besides caramel. There are enough of those everywhere.

That's how these bars came to be.

My ancestors would be appalled though. In a recipe that clearly calls for Irish whisky I'm using, gasp, Scottish whisky. What can I say? It was all I had. Red Label.

Table of Contents Hide
What type of whiskey or bourbon should we use?
Tips for making this recipe:
Whiskey Raisin Walnut Brownies

What type of whiskey or bourbon should we use?

Nowadays, I'm having a love affair with Jack Daniels, regular and honey, the caramel undertone it provides is amazing.

But they all work. I use is not just for this brownie recipe, but for cooking in general. Remember the bourbon pecan pie and the bourbon barbecue sauce?

The walnuts add crunch and round up the flavor. A fabulous recipe you should try asap.

Tips for making this recipe:

Make-ahead - they are better the next day and can be frozen, well wrapped, for several weeks.

Raisins - choose plump and moist raisins. They will make a difference. 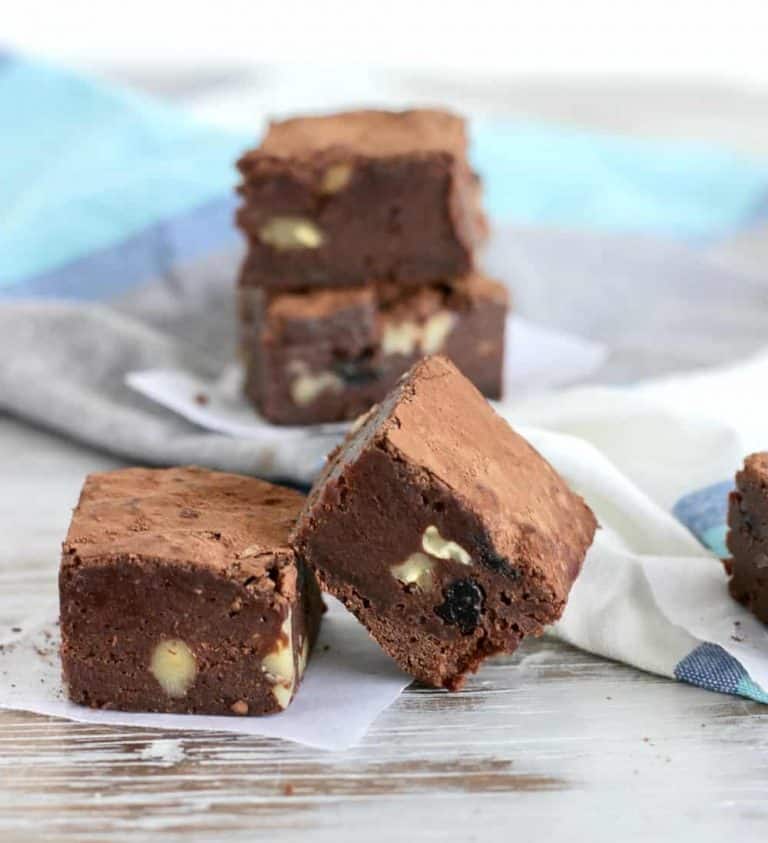 barely adapted from Pastries from the La Brea Bakery, by Nancy Silverton