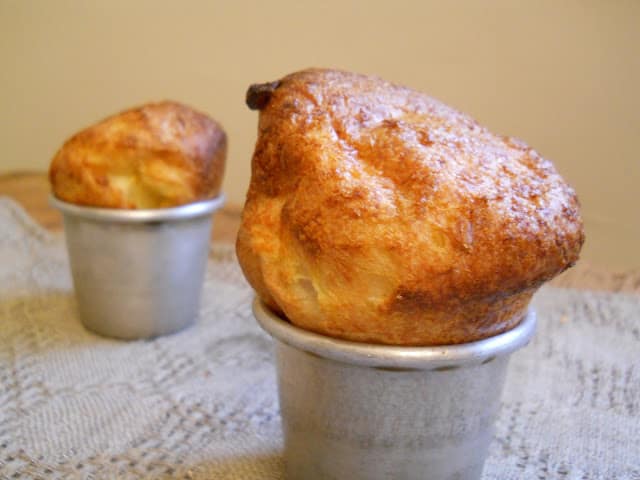 Sometimes things happen at the right time. Today is my turn, together with the lovely Amy from Bake With Amy,  to host our
Tuesdays with Dorie group. We are baking from the wonderful book Baking with Julia by Dorie Greenspan, and the recipe is Popovers. The contributing baker is none other than the great Marion Cunningham.
This is my first time making popovers, and boy, they are a tough thing to photograph.
Even if you, like me, had never baked popovers there's a big chance you had wanted to for a long time. Just looking at a picture of
these incredible golden irregular towers of dough makes most of us drool.

And it's a very well deserved title they hold. A blender, a few ingredients and a while later you're taking amazingly tall popovers from your oven. 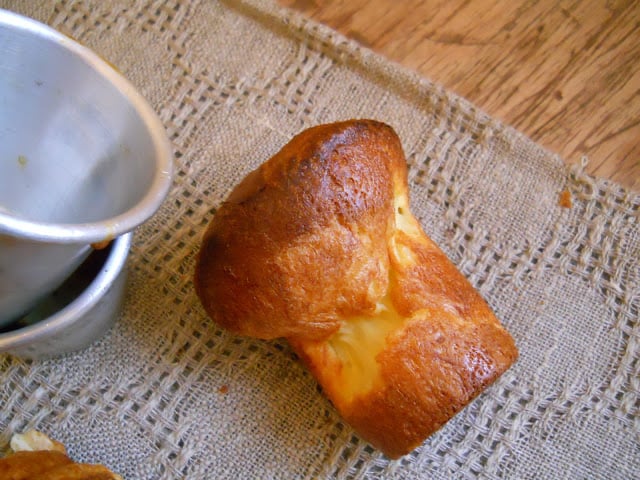 Metamorphosis like this one is what draws me to baking. Such a simple, unassuming looking thing before it goes into the oven, and then boom… the most incredible result!

Like a soufflé, these little things are a bit temperamental. They should go from the oven to the mouth with as little time in between as possible. A few minutes later they start deflating a bit and loose their crisp exterior.
I had mine smeared with butter and honey, a bit of a mess but a delicious one.
The recipe is written exactly as it is in the book, but I will tell you what my personal experience was, since being a novice popover baker, I followed the recipe exactly the first time and then adjusted a few things.

I baked three batches using the same batter. I put the remaining batter in the fridge overnight, like you would for pancakes, and by far, the best batch was the one I baked almost a whole day later. They were less eggy and had more flavor. 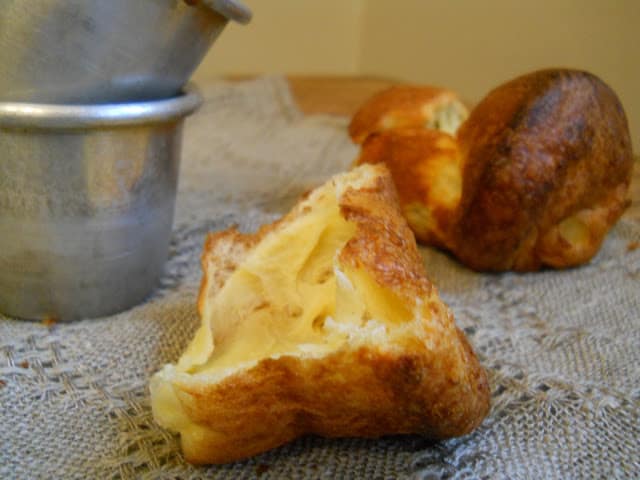 I used aluminum cups (not glass) and had a hard time un-molding them, except the ones that had less batter and consequently didn't rise as much, those popped out easily. I buttered them the first time, double buttered them the second time and used vegetable spray the third time. I have to admit the spray was the winner. That and no more than 1/3 of the cup full of batter.

And, though I didn't open the oven door the first 25 minutes as instructed, the first batch, which I dutifully baked for 15 to 20 minutes more, came out with an opaque, thicker crust. Not nice.
The second and third batches I left them only an additional five and ten minutes and they were golden and much better. The interiors were the same each time.
Even though the recipe calls for room tº ingredients, the popovers I baked with cold batter straight from the fridge were perfect. 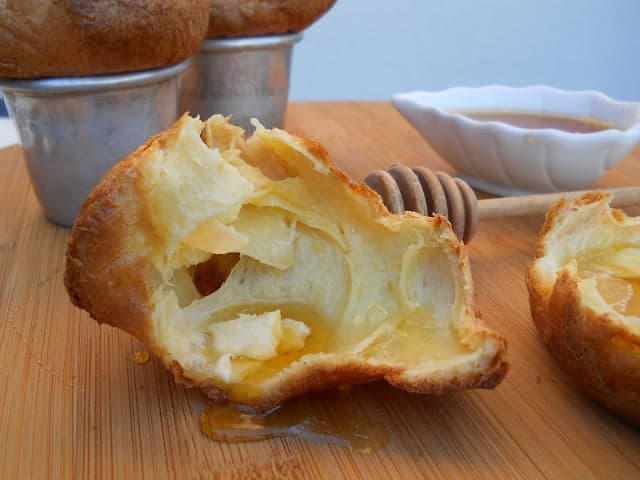 from BakingWith Julia, by Dorie Greenspan

I'm Paula, a baker for more than 30 years and your designated recipe finder, sharing the best ones on this blog, with simple ingredients + easy-to-follow instructions.
Previous Post: « Fig and Apricot Coffee Cake
Next Post: Roasted Tomato Bread »